With these tools you can track different characteristics of your server such as RAM (Random Access Memory), CPU Load Average and Disk Usage. Information about php version and operating system is also displayed.

RAM (Random Access Memory) is the hardware in a computing device where the operating system (OS), application programs and data in current use are kept so they can be quickly reached by the device's processor. RAM is the main memory in a computer. It is much faster to read from and write to than other kinds of storage, such as a hard disk drive (HDD), solid-state drive (SSD) or optical drive.

Average load - the average value of the system load over a certain period of time, as a rule, is displayed in the form of three values, which represent the average values for the last 1, 5 and 15 minutes, the lower the better. On UNIX, this is the average of the computational work that the system does. 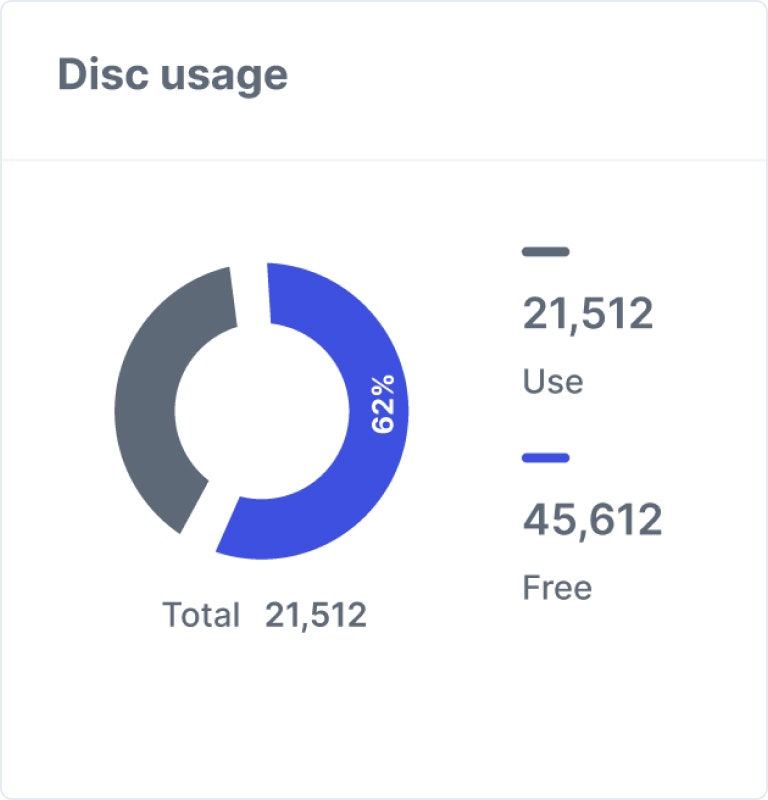 Disk usage (DU) refers to the portion or percentage of computer storage that is currently in use. It contrasts with disk space or capacity, which is the total amount of space that a given disk is capable of storing. Disk usage is often measured in kilobytes (KB), megabytes (MB), gigabytes (GB) and/or terabytes (TB). ﻿﻿

There are two cases why this can happen. Perhaps the module is still processing your site. Or your server configurations do not meet requirements. For this module to work server should give access to read the files:

or to run shell_exec.